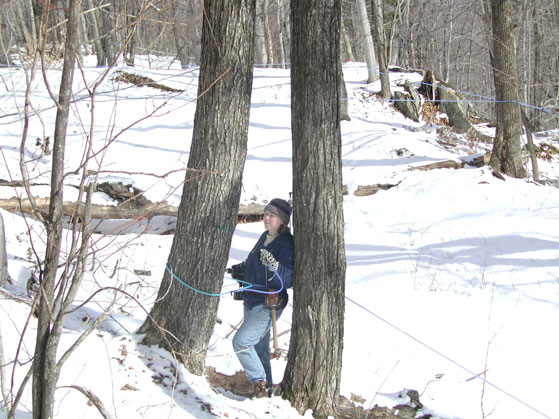 At the start of the sugaring season, the maple trees are tapped.  Small holes are drilled in the trees, and plastic spouts are inserted in the holes to collect the sap.  As long as the trees are tapped carefully, no permanent damage is done to the tree. 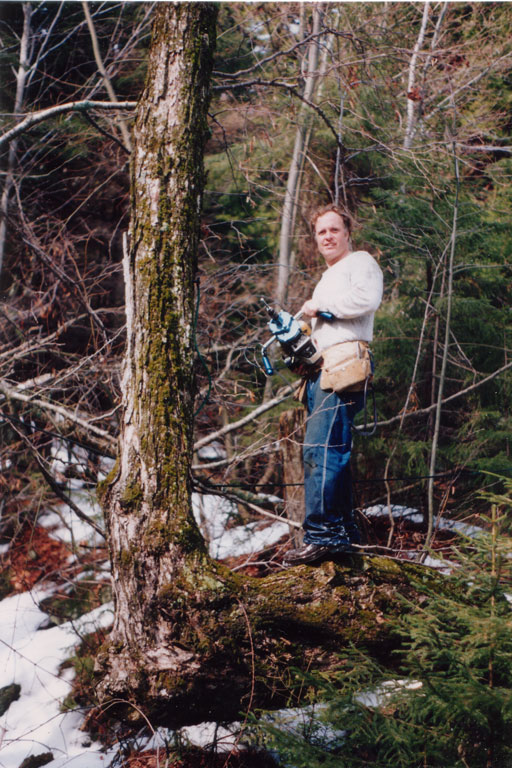 In the old days, tapping was done by hand power with a brace and bit.  Then small two cycle gas engine powered tappers were developed and used widely. 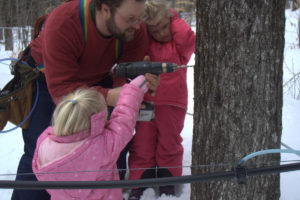 Today we use portable electric drills with rechargeable battery packs, which are lighter, quieter and more reliable than the gas tappers. 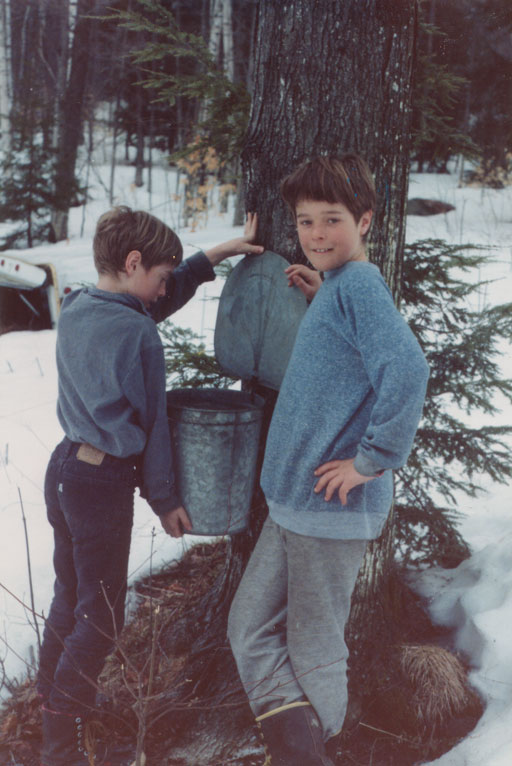 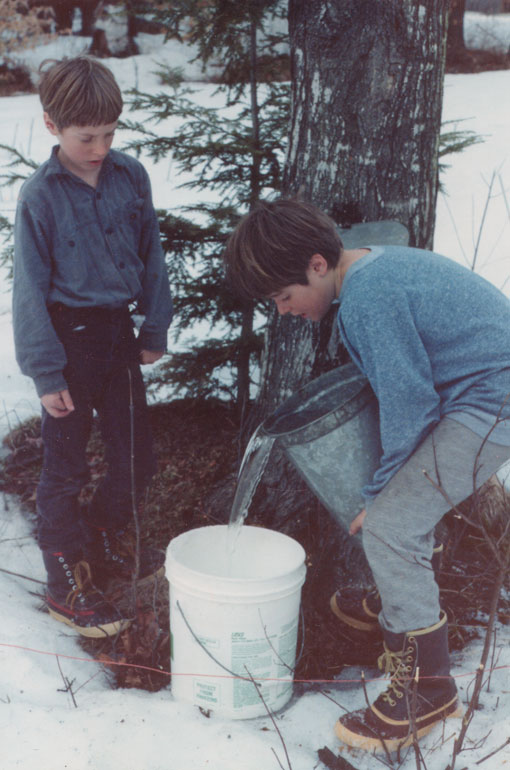 Before inexpensive and labor saving tubing was developed, the sap was collected in buckets which were hung from metal spouts to support the weight of a full bucket.  Each of these buckets needed to be emptied daily into a gathering tank which was pulled through the sugarbush and back to the sugarhouse, often by a team of horses. 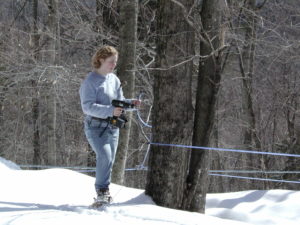 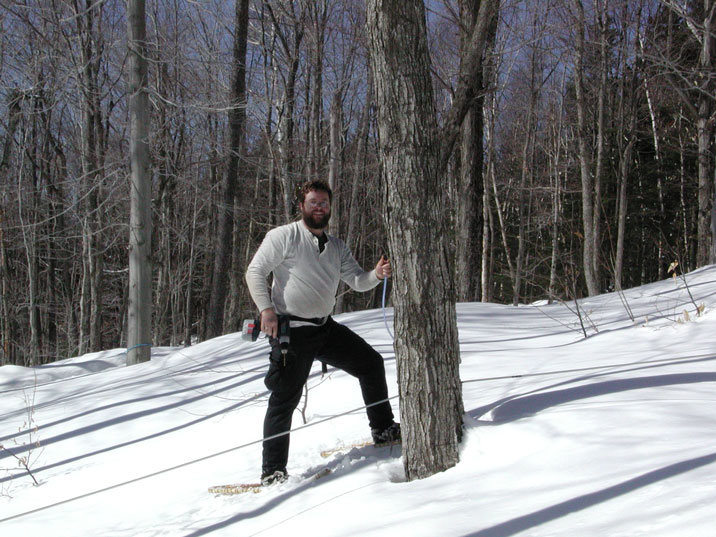 Today, our sap is collected with a system of plastic tubing which connects individual trees to progressively larger lines on down to a holding tank or the sugarhouse.  This system requires a lot less labor to gather the sap, although a lot of time can be spent repairing leaks to the tubing caused by such things as falling branches and animal damage. 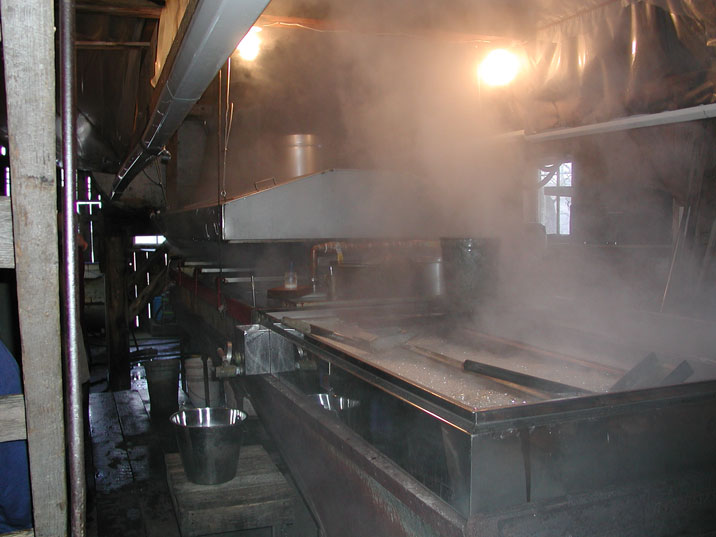 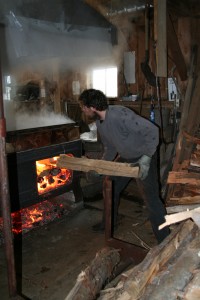 After the sap is collected in the sugarhouse, it is boiled down in our wood fired evaporator until it becomes maple syrup.  It takes about 40 gallons of sap to make a single gallon of syrup.  When our evaporator is boiling well it can boil off about 400 gallons of sap per hour, which means that we can make about 10 gallons of syrup every hour.  We burn wood in our evaporator to boil the sap, using between 15 and 20 cords of wood in a typical season. 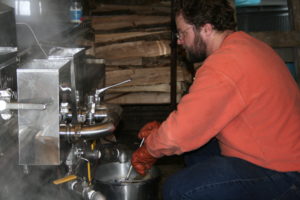 When enough water has been boiled out of the maple sap and it has become syrup, it is drawn off the evaporator and checked for proper density with a hydrometer. 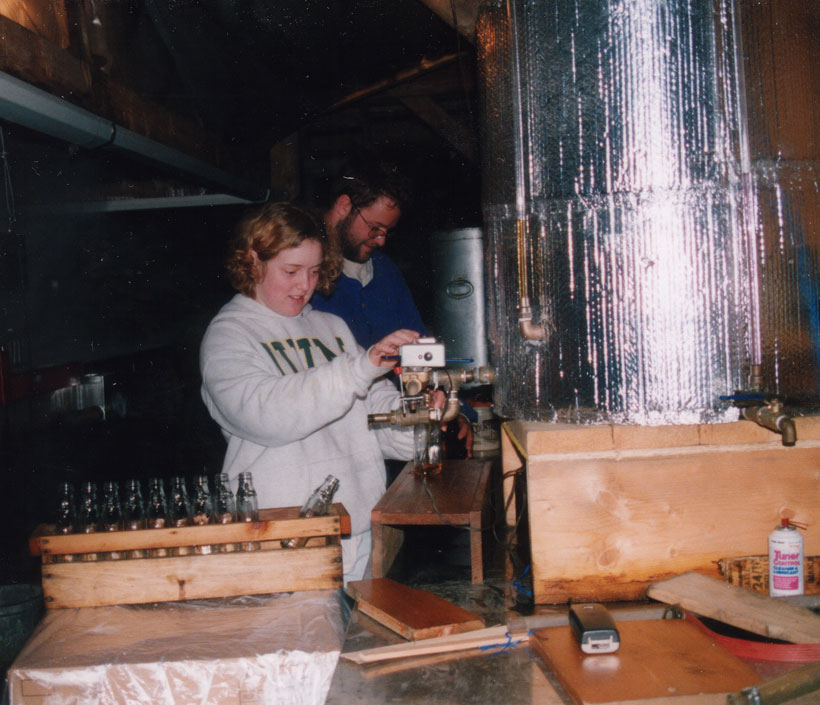 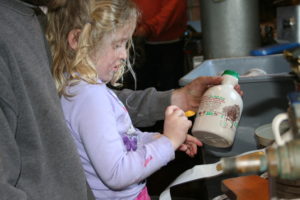 After the syrup is drawn off the evaporator and its density checked, it is pumped through a filtering system to remove impurities.  From there the syrup goes into a canning setup which maintains the syrup at 180 degrees for proper canning.  Here the syrup is checked for color and graded accordingly and then put into containers and labeled for sale.